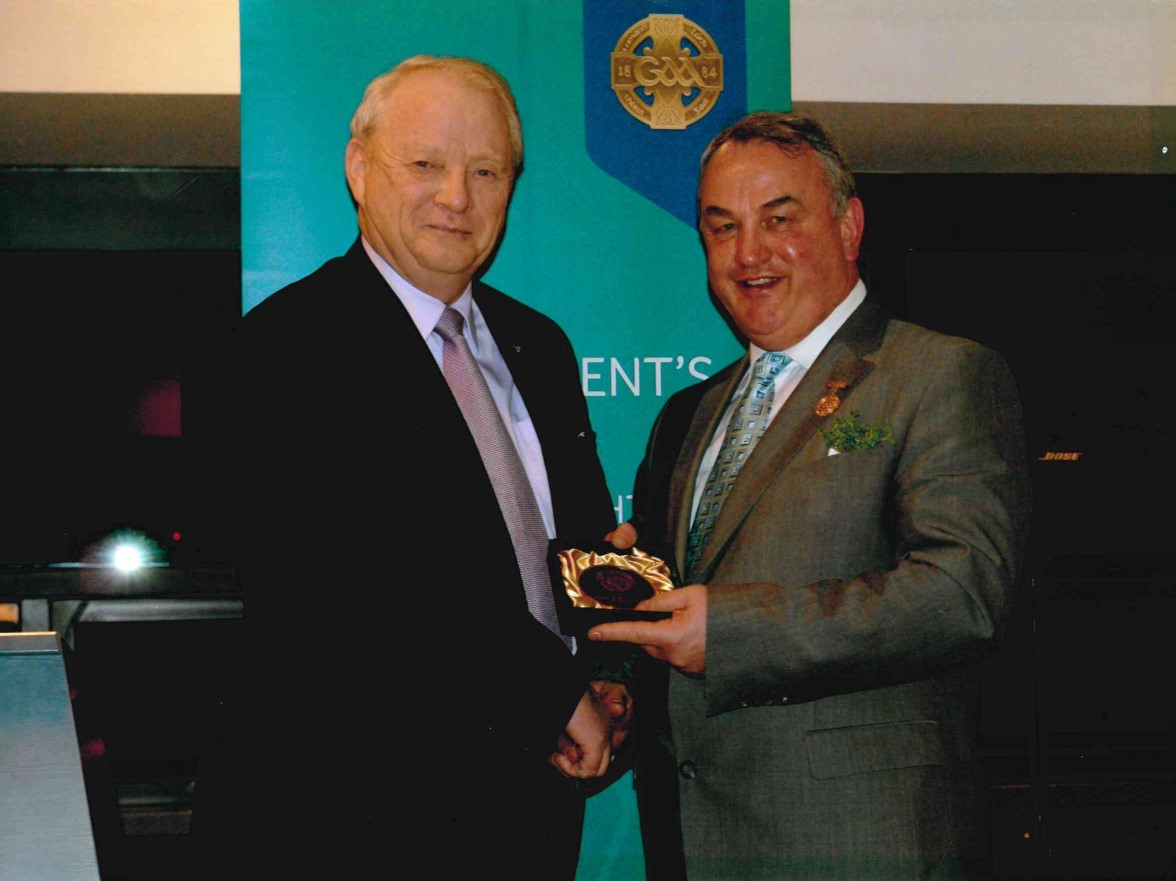 John was a tireless community worker, who gave unselfishly of his time and talents to a wide range of organisations which included,

John was a mainstay of the club in the 80’s, 90’s & 00’s, where he was involved in various roles in overseeing the revival of football structures within the club along with other club figures. He also assumed officer roles within Bord na nÓg such as Club Secretary where he completed this role for over 10 years.

He was actively involved in fundraising, Town Leagues, various working committees such as pitch and player development and was a central figure in the development of the club structures from underage to senior. On club presentation night John was renowned for attracting GAA stars to present awards to the delight of all involved.

John and his wife Mary were founding members of the Castlebar Rounders Club in 1983 until 2009. Together with Tom Cusack, they guided the Castlebar girls to National success winning All-Ireland titles in various age groups from Juniors through to Seniors. Over his years at Club level, John was coach and Secretary and later he was also National Treasurer of the National Rounders Association of Ireland.

In 2009, John was presented with the “GAA Presidents’ Award” in recognition of his contribution to the development of the game of Rounders at All-Ireland level.

During his time as Club Secretary, with Castlebar Athletic Club, John was instrumental in the Club taking Connaught and All-Ireland honours in both Track and Field and Cross-Country competitions.

In recognition of his Community Commitment to Castlebar Athletic Club, John was presented with the “Community Award” in 1987 by The Western People Newspaper.

John was actively involved in Mayo Community Games. Here he served as Secretary at Mayo and later at Connaught Level.

A cycling enthusiast all his life, John volunteered his time in support of the Castlebar Cycling Club. This gave him great fulfillment in a sport he thoroughly enjoyed.

Through those various Clubs, John encountered many people, where his enthusiasm was infectious. From him, young people learned the importance of discipline, accountability, team effort, honesty, loyalty, and the ability to cope both in victory and defeat – skills that would serve them well in the “ups and downs” of life.